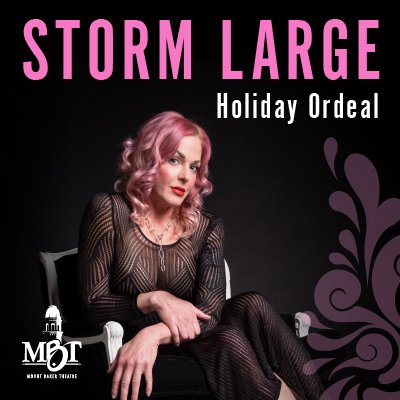 What’s better than spending a holiday evening with Storm Large? Don’t miss a chance to see the Portland-based quadruple threat: a musician, actor, playwright, and author light up the stage. Large will love, leave, and delight you with wicked charm and stunning vocals. Holiday Ordeal is a night of music, gags, and gifts, including tracks ‘2000 Miles,’ ‘Hallelujah,’ ‘Sock it to Me Santa,’ and the greatest holiday song never written, ‘Somebody to Love.’

Large shot to national prominence in 2006 as a finalist on Rock Star: Supernova. From there, she has built a worldwide fan base. When Storm Large isn’t touring with her own band, acting, or writing, she performs internationally with Pink Martini.