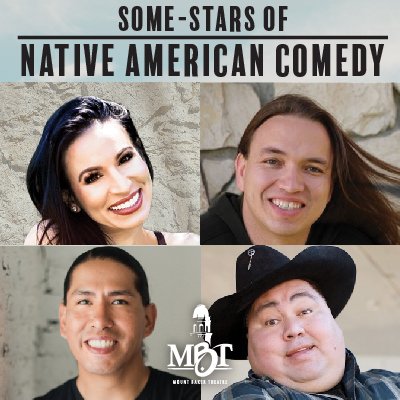 Join a lineup of long-time Native standup comics, including The Naughty Rez Dog (storyteller and horse mugger Gilbert Brown), rising star Kasey Nicholson, and veterans Jim Ruel and Sheila Chalakee for a night of bare-knuckled humor and dry wit that transcends stereotypes. “I know a lot of you white people have never seen an Indian do stand-up comedy before,” joked Charlie Hill Oneida on The Richard Pryor Show in 1977. “Like, for so long, you probably thought that Indians never had a sense of humor. We never thought you were too funny either.” Native comedy has been on the rise recently with television series like Reservation Dogs and Rutherford Falls.