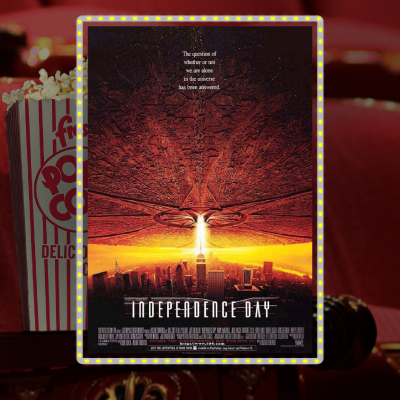 Strange phenomena surface around the globe. The skies ignite. Terror races through the world’s major cities. As these extraordinary events unfold, it becomes increasingly clear that a force of incredible magnitude has arrived; its mission: total annihilation over the Fourth of July weekend. The last hope to stop the destruction is an unlikely group of people united by fate and unimaginable circumstances to save the planet. The filmmakers behind 1994’s smash science fiction hit Stargate have revolutionized and redefined the way big-event movies are produced through a new level of groundbreaking effects, techniques and spectacular, never-before-seen images in this epic science fiction tale.