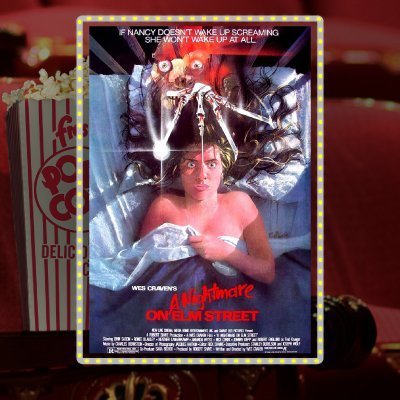 In this classic of the horror film genre that launched a movie franchise, a hideously-scarred criminal who was murdered by a lynch mob returns years later in the terrifying nightmares of his killers’ teenaged children. . . And the dreaming teenagers are starting to die in their sleep.