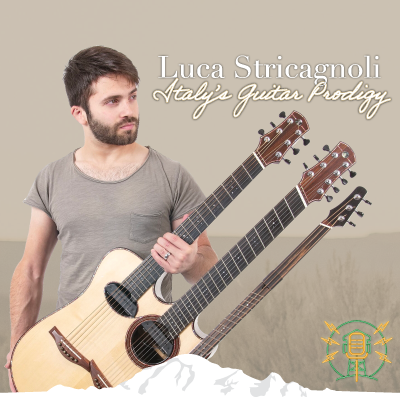 Luca Stricagnoli is considered one of the most interesting acoustic guitarists in the world. One guitar, two guitars at the same time, a guitar with three necks, guitars played with feet, with a kitchen knife or laying horizontally: you will not be able to believe your eyes and ears. His music videos have received more than 100 million views online, and his live shows across the globe are surprising and full of twists, featuring everything from modern to classic, rock to pop, soundtracks to hip hop, arrangements to originals. Beyond astonishing guitar playing, Luca fills the night with jokes and anecdotes that explain the story behind the phenomena happening on stage.